END_OF_DOCUMENT_TOKEN_TO_BE_REPLACED

As the energy demand rapidly increases worldwide, due in large part to emerging economies, energy efficiency is a necessary tool to help offset that additional energy usage. Energy efficiency helps reduce the impact that major economic development would typically have on energy usage. 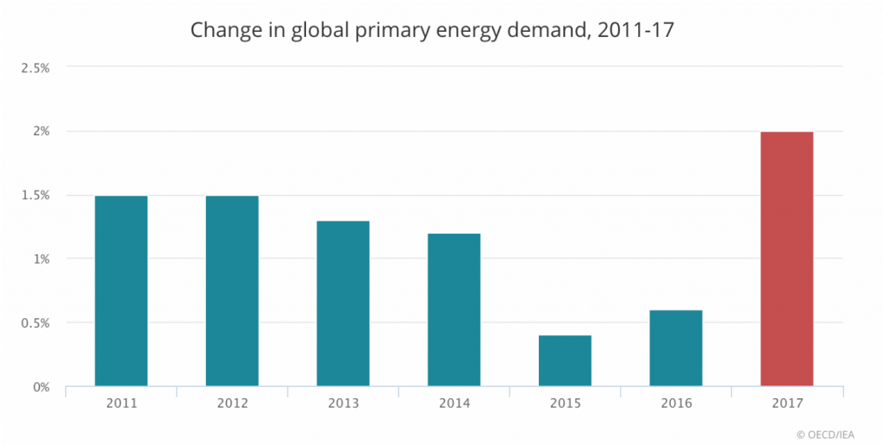 The IEA identifies six countries as major emerging economies -- Brazil, China, India, Indonesia, Mexico, and South Africa. These six countries currently account for a third of global primary energy demand. The collective energy demand of these six countries is projected to increase by 45% between now and 2040, but the IEA claims this number could be reduced to 24% if energy-efficient measures were adopted.

Expansion in policy coverage is a key component in the growing role of energy efficiency, both in emerging economies and in countries throughout the world. Mandatory policies requiring installation of energy-efficient measures drive widespread adoption.

The IEA sees opportunities for population to grow by 20%, for building space to increase by 60%, and for the global GDP to double with only a nominal increase in energy usage compared to what we’re using today. Energy efficiency will be a key driver of that scenario, but requires action starting today, mainly with mandatory energy policy and investment in energy-efficient measures.

While the Inflation Reduction Act has been at the forefront of energy efficiency policy discussions since...
Jeremy Struhar November 28, 2018

Rebate geniuses, get ready to level up your expertise! With our new Buildings functionality, get rebate i...
Jeremy Struhar November 28, 2018